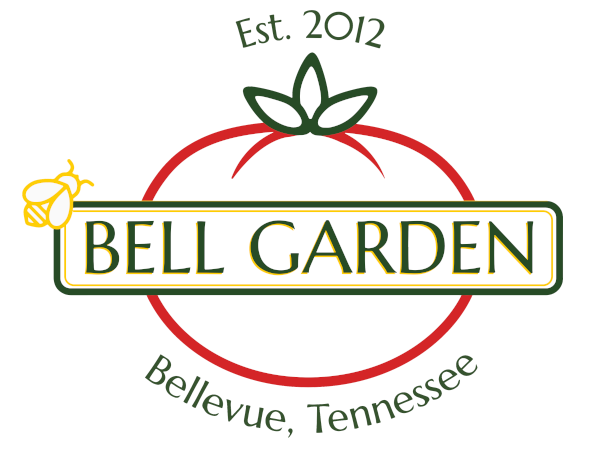 ​Do you prefer ‘autumn,’ or ‘fall’? Either way, the temps will begin to get cooler this month and the leaves on the trees are already turning a medley of colors. Our Farm Stand and volunteer hours have shifted for the season, so please make sure you know them before stopping by! Also, keep an eye out for our fall produce options. In this newsletter, we’ve included another Recommended Recipe based on produce directly from BELL for cooking inspiration, along with our usual Gardener’s Tip and Garden Report. Check out our upcoming classes, and don’t forget to sign up in one of our volunteer slots for the month! 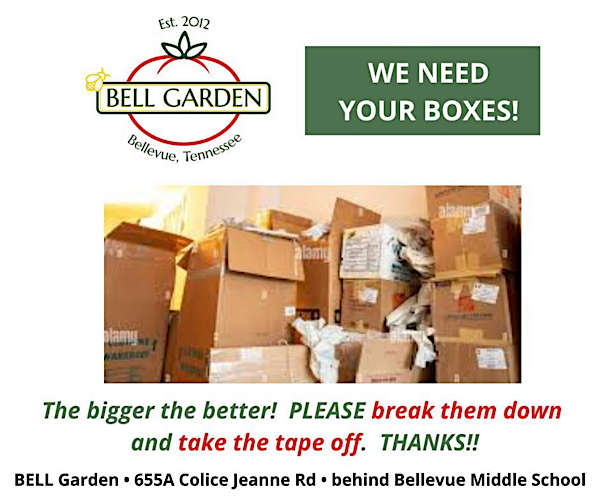 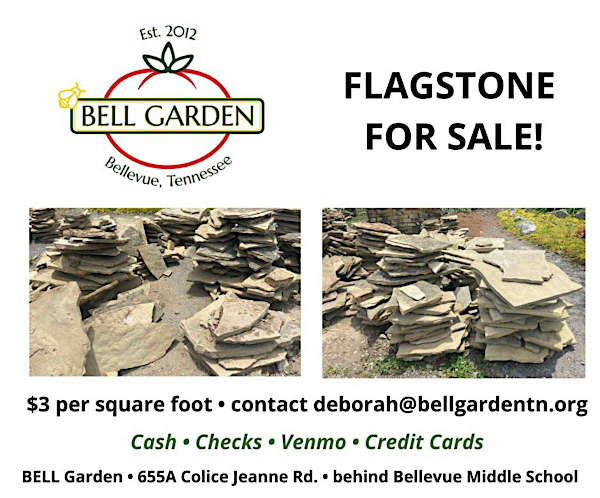 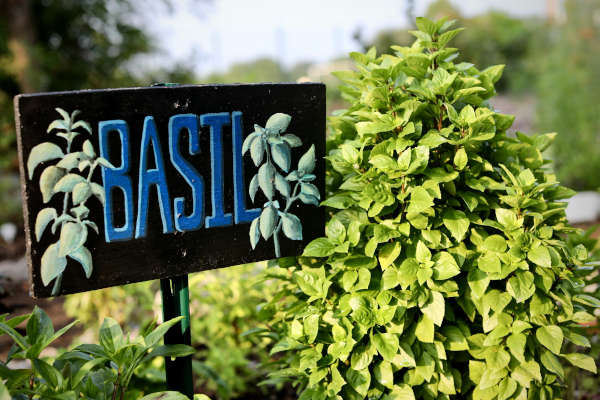 Basil is still producing and Anne Marie has some tips to share on how to prune and harvest! No matter what type of basil or what you are growing it in, basil LOVES a haircut. Don’t be shy about cutting basil back, especially if you see flowers. Flowering basil will reduce their leaf growth/production. As you see in the photo, Anne Marie cuts BELL basil down past the flowers to the first pair of “true leaves.”

When harvesting basil, GO FOR IT! Anne Marie shows that when you clip basil stems back to a fresh set of leaves, you force those leaves to grow, doubling the basil produced on that stem. And as those stems grow, you can pinch them back and double their production. For a real treat, try some of Anne Marie’s homemade pesto made from our fresh harvested basil and sold at the BELL Garden Farm Stand. 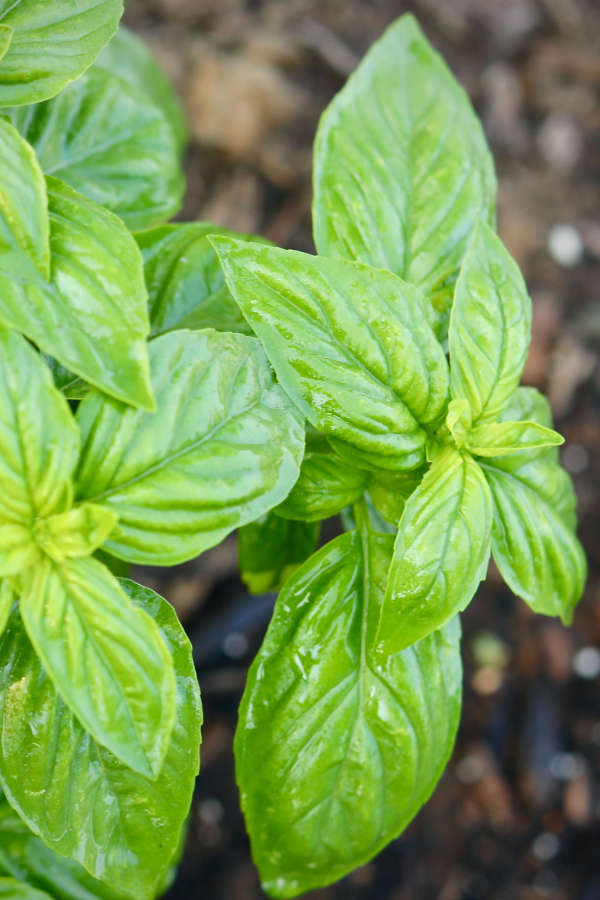 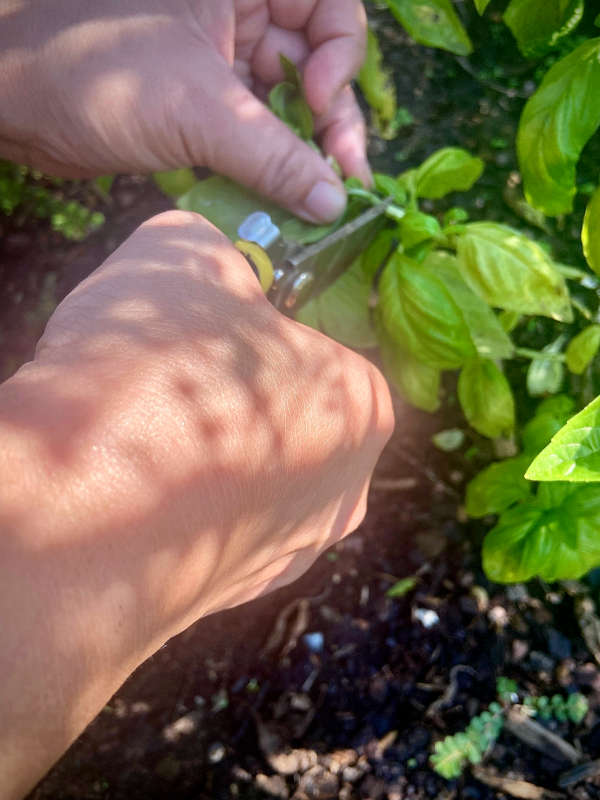 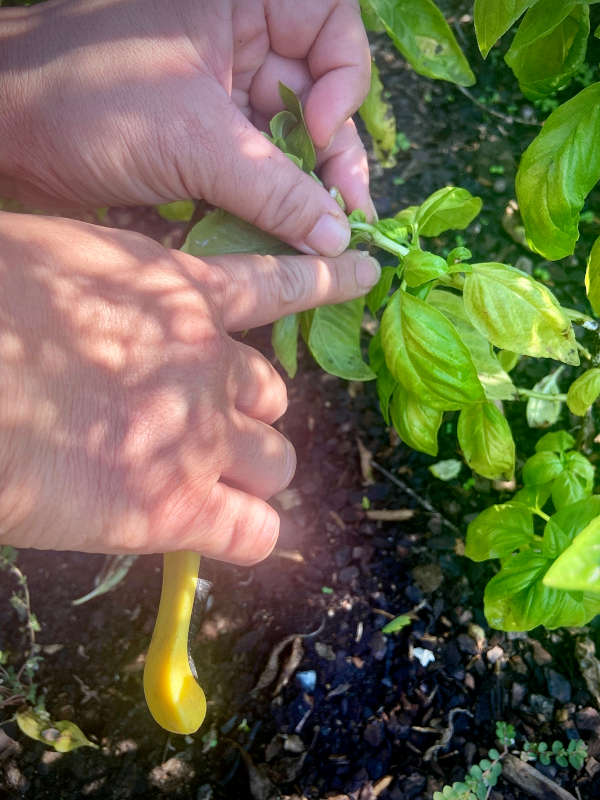 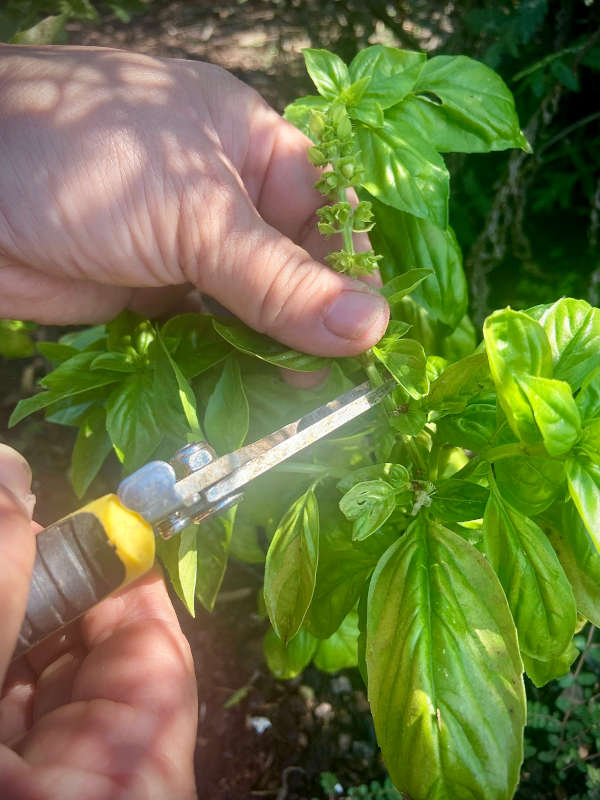 The bountiful summer harvest is drawing to a close at Bell Garden and fall planting has begun.

A few more beans, eggplant, okra, and peppers remain to be picked, but the focus has shifted to cool weather crops. Among the fall lineup are beets, kohlrabi, radishes, turnips, and winter greens, including collards, kale, mustard greens, and Swiss chard. Seeds were sown on September 1, and thanks to a timely rain shower, the first sprouts appeared three days later.

Hopefully the tender greens will survive the voracious appetites of the resident rabbits. This year’s cottontail crop was as prolific as the garden’s vegetable yields. The BELL literally abounds with bunnies. The rabbits may have attracted a family of foxes that visited the garden in August.

Despite a hot, dry June and July, supplemental watering provided an abundant—and likely record—summer harvest. More than 4,000 pounds of vegetables were grown in the garden’s 6,000 square feet of field rows and raised beds.

Most of that fresh produce was donated to the Bellevue Community Food Bank and other local nonprofit organizations. The remainder was sold at the Farm Stand, which remains open from 9 a.m. to noon each Saturday with an assortment of garden-produced jams, herbs, and spice blends for sale. With cooler temperatures just around the corner, stop by and pick up a container of chili powder for the upcoming soup-making season.

The hot, dry weather has made things more difficult at the garden this year, including the Victory Garden’s section. However, it continued to grow produce, which aided in BELL’s donations to the local community.

Recently, the summer vegetable plants had to be removed from the Victory Garden, such as the tomatoes, tomatillos and beans, because they were no longer producing compared to the field rows and other raised beds. Seeds were planted in their place, in which kale, beets, radishes, collard greens, and peas will soon start sprouting for our upcoming fall harvest.

Stay tuned to find out when our fall produce will be available at the Farm Stand!

Want to learn something new? Then this is the right section for you! Check out two featured classes below, or click the link to view all of our Growing Together classes!

View all classes
Save the dates! 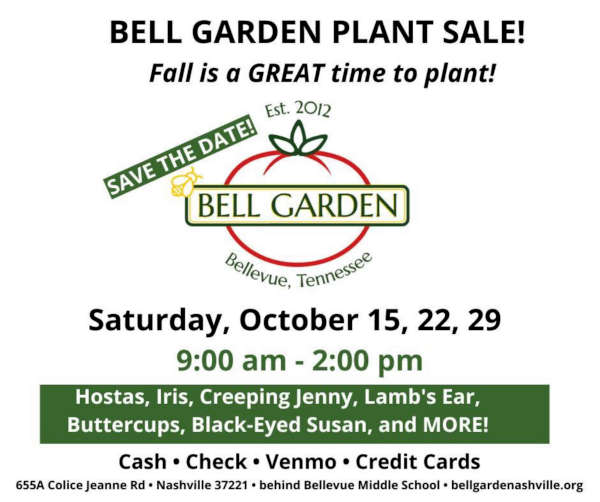 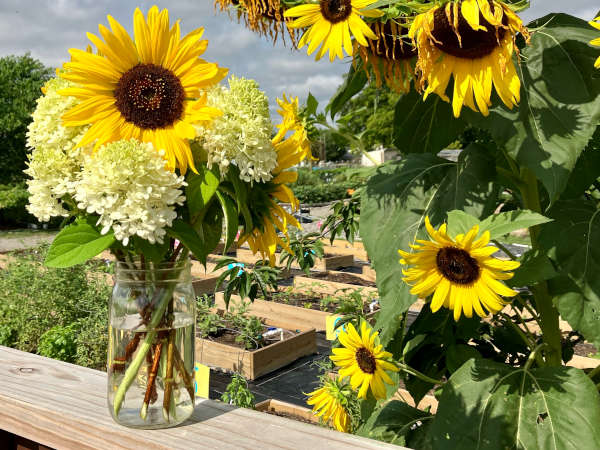 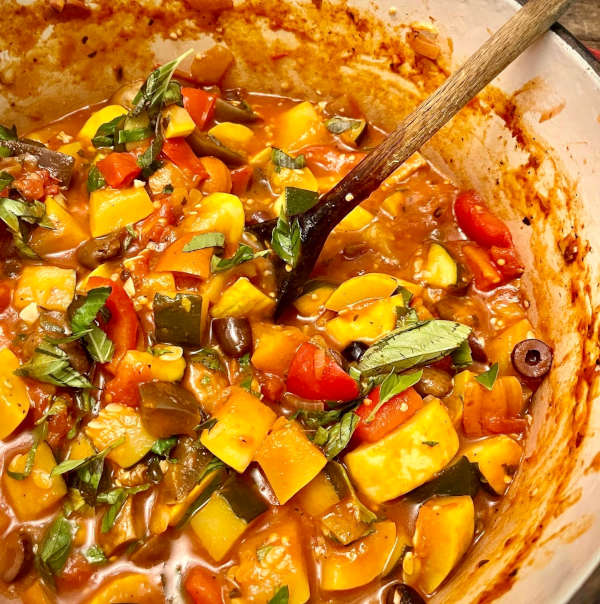 *Note: this recipe is very forgiving. Nothing needs to be exact.*

Heat olive oil in a large soup pot over medium heat. When hot, add the onion, squash, eggplant, bell pepper and mushrooms. Cook for about 10 minutes, stirring occasionally until vegetables start to soften. Add the garlic and cook a few more minutes. Then, add the tomatoes (or canned diced tomatoes if using instead), tomato sauce, wine (if using), balsamic vinegar, oregano, basil and chili flakes. Stir well and bring everything to a simmer. Cook for about 30 minutes, stirring every so often, until the vegetables are very tender, or to your liking. Taste and add salt and pepper to taste. Eat as is from a dish, or top it on noodles and spinach as shown in the photo. 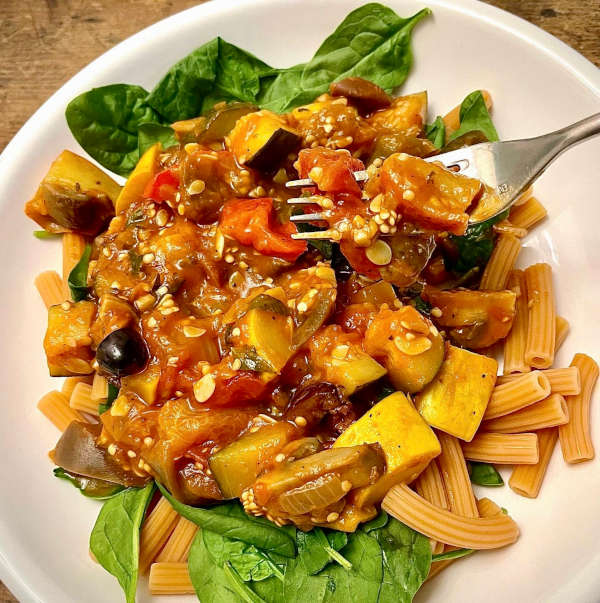 BELL Garden is 100% volunteer-run! Last month we highlighted Jennifer, and now this month we give you her two kids who are also AMAZING garden helpers:

Sarah is 14 years old and has been homeschooled her whole life. She loves to spend her Saturdays at BELL Garden and has learned so much working beside all the wonderful volunteers. In addition to the garden, she is a bookworm, reading every spare minute that she has, an animal lover (she would love to have an animal rescue sanctuary one day), and is in a rock band. 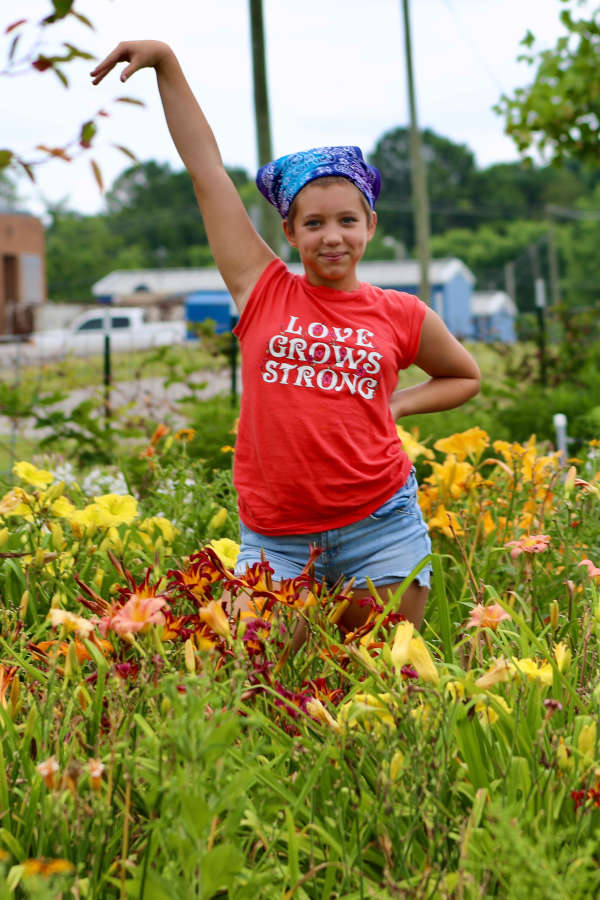 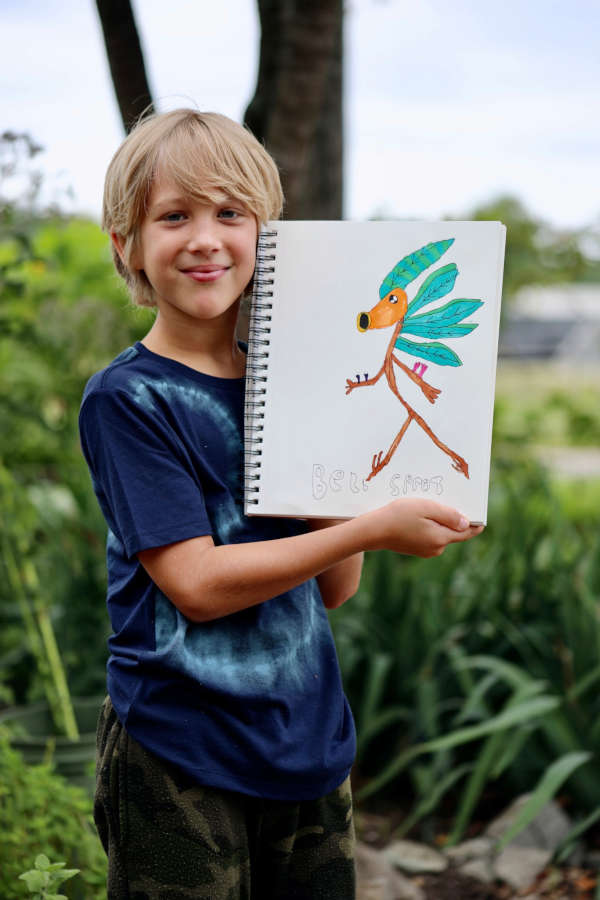 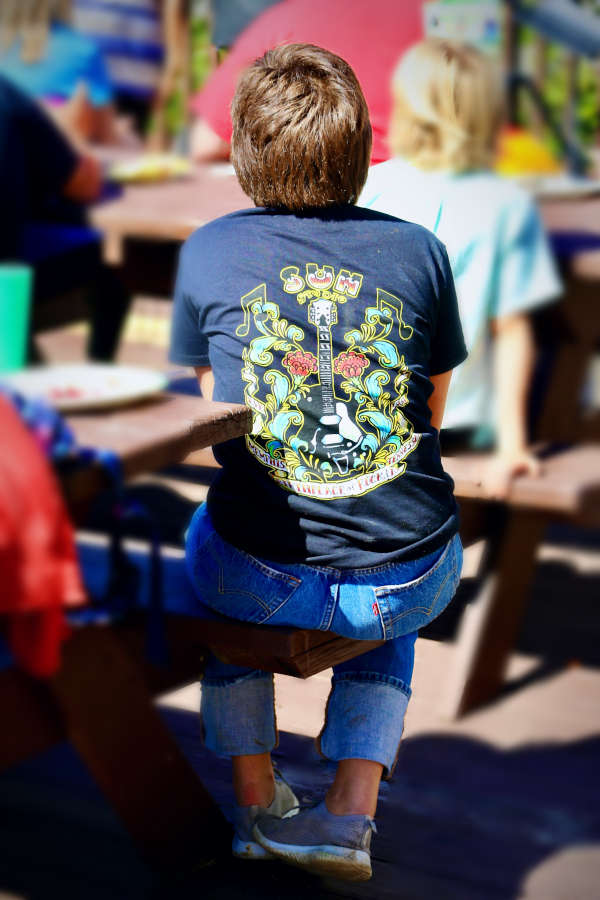 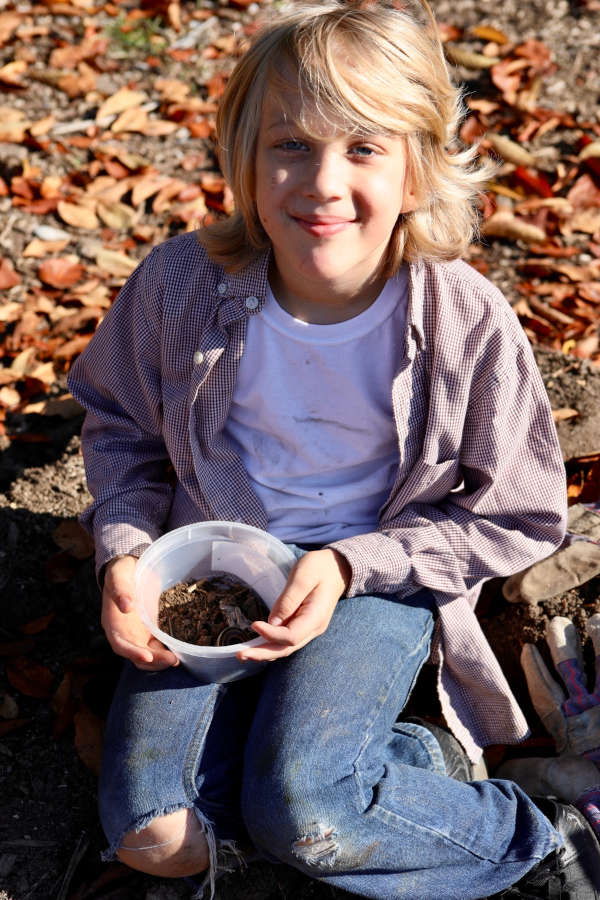 Wyatt is 9 years old and can be found keeping BELL Garden bug-free during the warmer months, and covered in mud any other time! He loves fishing, hiking, shooting his bow and arrows, climbing trees, skateboarding, and building. If it involves outside adventures, Wyatt will be the first one involved in the action. When he does slow down, he loves to draw and invent.

There are seasonal changes in October, but we still need volunteers for various projects. If you’re interested in volunteering, please sign up through SignUpGenius or email Deborah at volunteer@bellgardentn.org .

Looking for a rewarding way to spend a few hours outdoors each week? BELL Garden is always looking for new people to help out. To become a Key Volunteer, please complete our Volunteer Application and plan to attend one of the next New Volunteer Orientations. Email Nat and Deborah at volunteer@bellgardentn.org with your questions.

Got a small, medium or large group wanting to volunteer together? We accommodate! We’ve worked with alumni, coworkers, churches, sororities, fraternities, and many more. If interested, email Deborah at volunteer@bellgardentn.org

Thanks for supporting BELL Garden!

Get ready to meet some new friends, catch up with old friends, have fun and learn something about gardening!

Get in Touch. Get Involved.

Meet new friends, get your hands dirty, stay active, and have fun while you do it.

We are committed to transparency

This website uses cookies to improve your experience while you navigate through the website. Out of these cookies, the cookies that are categorized as necessary are stored on your browser as they are essential for the working of basic functionalities of the website. We also use third-party cookies that help us analyze and understand how you use this website. These cookies will be stored in your browser only with your consent. You also have the option to opt-out of these cookies. But opting out of some of these cookies may have an effect on your browsing experience.
Necessary Always Enabled
Necessary cookies are absolutely essential for the website to function properly. This category only includes cookies that ensures basic functionalities and security features of the website. These cookies do not store any personal information.
Non-necessary
Any cookies that may not be particularly necessary for the website to function and is used specifically to collect user personal data via analytics, ads, other embedded contents are termed as non-necessary cookies. It is mandatory to procure user consent prior to running these cookies on your website.
SAVE & ACCEPT